One of the greenest, simplest ways to see the world is by lacing up a pair of boots and hitting the trails. Walking holidays have become something of a phenomenon in the last decade and with new routes being discovered each year, it’s no longer only about famous pilgrimages and pathways. Let’s take a look at some of the wildest, most beautiful walking holiday opportunities that the world has to offer. 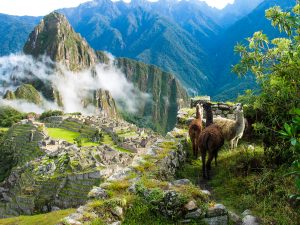 One of the globe’s best-known hikes, the Inca Trail to Machu Picchu in Peru actually consists of three different routes of varying length and altitude, with most taking the ‘classic’ trail that takes roughly four days of walking to complete. Much of the pathway itself consists of the original Inca construction and those lucky enough to take the journey will enjoy some of the most breathtaking vistas in all of South America. The landscape is mostly made up of soaring forested peaks and sweeping valleys set amid the East Cordillera’s iconic clouds. 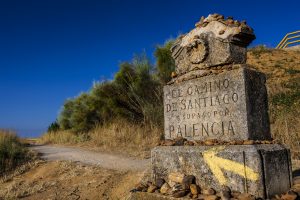 A centuries-old pilgrimage leading to the great cathedral of Santiago de Compostela, this gruelling route through northwestern Spain is composed of dozens of variations. Famous for its apparent spiritual affect on those who undertake the journey, the camino (as it is commonly referred to) is perhaps Europe’s most famous trail.

Most who undertake the trail begin 500 miles from the final destination at the French border town of Saint-Jean-Pied-de-port, a charming settlement that provides travellers with a tranquil place in which to prepare for what can be an arduous hike. From here pilgrims pass in Spain over the Pyrenees mountain before crossing the region of Leon to their destination.

Spain is a truly vibrant land that’s home to some of the planet’s greatest restaurants and cultural institutions as well as first-class sporting events such as the El Clasico, the Spanish Grand Prix and the EPT Barcelona. 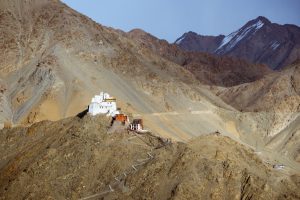 Home to India’s High Himalaya region, Ladakh is a wilderness of other-worldly landscapes  and enchanting, ancient Buddhist culture. Hikers flock here from across the world to take part in a variety of treks including the Markha Valley trail. Famous for stark, rocky topography and an almost eerie character, its no wonder that many who undertake trails in Ladakh do so with personal development in mind.

Due to the region’s extreme climate, the trails are inaccessible outside of the months June to October, when the area is either far too hot or blanketed in many feet of snow. 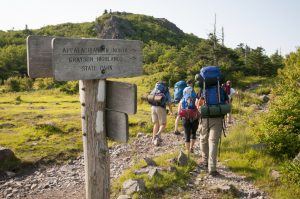 The Appalachian Trail – A True Test of Endurance

North America’s most iconic hiking trip, the Appalachian Trail probably wouldn’t go down as many people’s idea of a perfect vacation. Yet for a few, this five-month hike provides the challenge of a lifetime and offers a unique opportunity to get closer to nature than ever before. Like a craggy spine through America’s east coast, the Appalachian trail stretches over 2,000 miles from lush Maine in the north to the sultry climes of Georgia in the south. Encompassing forests and wilderness, the trail attracts hikers of all skill levels throughout the warmer months of the year and with camping seeing a resurgence with younger generations, there’s never been a better time to attempt the trail.

Commonly referred to as the A.T., the trail is truly one of the nation’s most iconic walking holidays and those who complete the entire thing (thru-hikers), become members of an elite club of dedicated explorers.