You’ve seen the concept car, but Volkswagen have confirmed that an electric version of its iconic Microbus called the I.D Buzz will be hitting the streets in 2022. Can I get a ‘hell yeah!’ for road tripping? 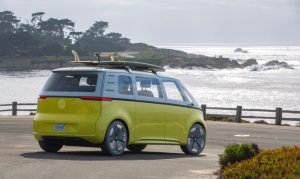 The big announcement came at the Pebble Beach Concours D’Elegance, in Monterey, California where Volkswagen CEO Dr Herbert Diess had this to say:

“After the presentations at the global motor shows in Detroit and Geneva, we received a large number of letters and emails from customers who said, ‘please build this car’. The Microbus has long been part of the California lifestyle. Now we’re bringing it back by reinventing it as an electric vehicle.” 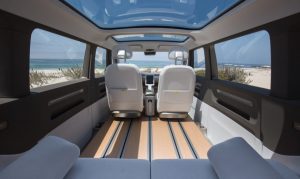 The new and improved Microbus will feature a fully-electric powertrain with floor-mounted batteries which provide a spacious interior, despite its compact exterior. It has a range of 270 miles and an impressive 369 horsepower through its all-wheel drive system which will take you from 0 to 60 in less than five seconds.

Need some good karma? Like us on Facebook and get more good vibes than you can shake a sharp stick at!

One thought on “The VW Microbus is Back… And It’s Electric Baby!”