On the 20th July it was revealed that Mos Espa, the Star Wars Tatooine village is about to be swallowed by a massive sand dune known only as a barchan deep in the heart of the Tunisian desert.

The film set was built near the small oasis town, Tozeur for Star Wars Episode 1: The Phantom Menace. Mos Espa is the birthplace of Anakin Skywalker, who later becomes one of the most famous villains of all time, Darth Vader. For that reason, as well as the brilliant production values of the set, it has become one of Tunisia’s most popular tourist destinations throughout the year, attracting thousands of fans who wish to see birthplace of Darth Vader.

Sadly, this spectacle may soon face its end as the crescent shaped sand dune shown in the picture 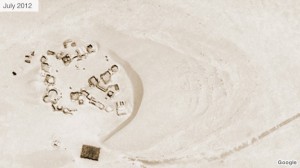 is moving at up to 15 meters a year and will soon sweep over the actual-fictional city and, weirdly, it raises the importance of ecological issues in the rest of our actual non-fictional planet.

Building in Harmony with Nature

In the US and UK we’re probably less likely to suffer the same fate and the odds of being swallowed by a sand dunes is slim at best, and this is a rare case of nature overrunning a man-made structure rather than the other way around.

While all too often, environments are destroyed in the name of progress, there are ways to ensure that our environment is protected. Prior to authorizing new developments, there are a number of surveys that can be carried out to let you know where potential problems are.

These are probably the most common example in the West. They are requested from local government bodies when planning permission is sought by people developing, building or extending property. The typical tree survey looks at old trees to see if they’re endangered or at risk of disease, but they also consider young trees and their capacity for expansion- potential ‘crown spread’- when near potential developments. An overgrown tree is unlikely to cause as much devastation as the sand dune, but it encourages thought along similar lines, and helps us understand the importance of ecological surveys for protecting wildlife species and habitats.

Tree surveys are ideally carried out throughout the year, although summer tree surveys will obviously show the tree in full bloom, so it’s useful to understand how big the tree gets.

About the author: Brett Janes 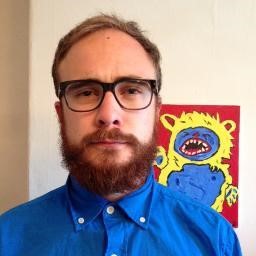 Brett Janes is an MA writing student at LJMU, UK, founder of literary organisation King Yeti and a member of The Wild Writers, a collective who run events and exhibitions throughout the Northwest. He doesn’t have spare time, but he’s somehow writing a novel in it, focusing on rural living, relationships and giant cannibal rats. A lot of his writing is speculative.

Guesties are Besties! Contact us if you want to guest blog for Greenmoxie.com