Households are sitting on thousands of dollars’ worth of unwanted items without even knowing, a new report has found.

Gumtree’s annual Second Hand Economy Report has revealed that nine out of ten (89%) homeowners currently own unwanted or unused items. On average, those items are worth a collective sum of over $3,000.

“My primary role is to create a movement that gives people financial freedom. Part of this is highlighting the opportunities that exist to make extra money, while showing how the smallest changes can have the biggest impact on the future.

Gumtree’s Second Hand Economy Report lifts the lid on this huge sub-industry. It reveals every household is currently sitting on approximately 25 unwanted items, worth up to $4,200 AUD ($2973 USD). It’s opportunities to make extra income like this that can help offset increased living costs, pay off debt, or save towards a home deposit or holiday.” 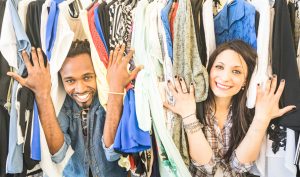 The report shows that clothing, shoes and accessories make up 65% of unwanted items. Many households overlook the potential value of such items due to their traditional shopping habits.

Second-hand apparel, for example, has been growing in popularity in recent years, with the industry now worth $18 billion. It’s expected to grow quickly in the years ahead as consumers look for more sustainable alternatives to fast fashion.

Traditional thrift stores and online listings sites are both fueling this growth. The latter is currently growing 17 times faster than the traditional clothing market.

Printed books were second on Gumtree’s list of unwanted items. Much like second-hand clothes, demand for physical books has also shot up over the last few years, making them a potential money spinner for sellers.

Their surprising renaissance is partly due to screen fatigue, as younger audiences continue to put down their electronic devices in favor of more traditional leisure activities. Other common unwanted items included music, DVDs and CDs (54%), games and toys (48%), and electronic goods (47%.) 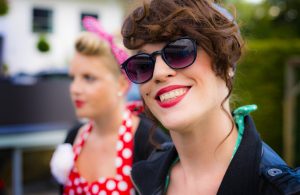 Slow wage growth and climbing inflation have meant that millennials are set to become the first generation to be worse off than their predecessors. It’s therefore not surprising to find that they buy more second-hand items than any other age group.

Close to three quarters (72%) of respondents to Gumtree’s survey said the main benefits of the second-hand economy were cheaper prices and greater savings. Reducing waste (66%) and the ability to make money (53%) were also popular responses. On average, second-hand buyers estimated that they saved almost half the cost by choosing to buy second hand.

Finally, nearly two thirds (61%) of millennials sold a second-hand item in the last 12 months. This compared to 54% of Gen X and 51% of baby boomers. Eight in ten millennials said they would put the cash raised towards a deposit for a home.