Nature blows my mind and now it’s about to blow yours. Spoiler alert; if you are content to live in a world where zombies are the stuff of science fiction, then read no further. Go back to your life of blissful ignorance where the Walking Dead is just a TV show. You see, here in the battleground that is the natural world, some very clever parasites have evolved to turn their hosts into zombies that give up their very lives to ensure their parasite overlords live to see another generation. 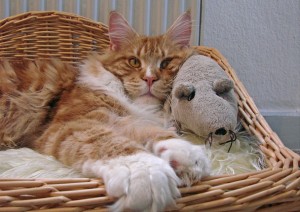 First up is Toxoplasma gondii; a parasite found in kitty poop. Trouble is, Toxo doesn’t want to be in kitty poo, it wants to be in your cat’s gut. So what eats cat poo? Rats!

When a rat eats your cat’s poo, the Toxo works its way from the rat’s gut into its brain where studies show that the parasite alters the rat’s natural reaction to cat urine by making the rat sexually attracted to the smell of cat pee. This means that instead of heading for the hills at the first whiff of feline urine as the rat usually would, it now seeks out the cat, gets eaten by the cat and voila! Toxo has a brand new home.

It is estimated that 1/3 of the human population has been infected with Toxo. After infection, carriers can experience flu-like symptoms which vary in strength from mild to (in very rare cases) death. The effects of Toxo on the human brain have not been fully confirmed, but initial studies suggest it may be linked to schizophrenia and a natural attraction to cats. It is for this reason that pregnant women are not advised to handle cat poop and may explain your crazy aunt Mildred’s need to have 15 cats. 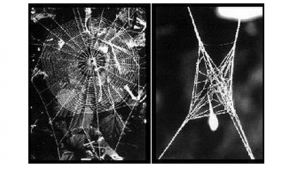 In Costa Rica, the unfortunate Plesiometa argyra orb spider is often turned into a zombie slave by the female Hymenoepimecis argyraphaga wasp. The wasp paralyzes the unlucky spider with a sting and then lays an egg on the spider’s abdomen. In a week or two the larvae hatches and feeds on the unwitting spider until it’s ready to pupate. The larvae then injects a chemical into the spider’s brain that makes it deviate from its usual web architecture to create a special web to house the cocoon (see the web on the right above).

When the web is complete, the larvae kills the spider and sucks it dry before it builds its cocoon in the safety of the web. 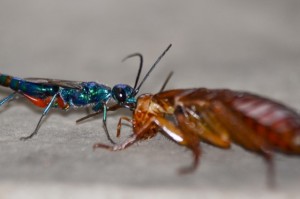 When the pretty female jewel wasp is ready to procreate, she finds a hapless cockroach to serve as her zombie nanny. After a brief struggle, the femme fatale injects a poison into the abdomen of the wasp which paralyzes its front legs.

Unable to fight or flee, the roach is powerless to resist as the wasp inserts her stinger deep into the roach’s brain where she injects a toxin that prevents the cockroach from controlling its own movements. The wasp now grabs hold of the roach’s antennae and guides it to a burrow in the ground.

She lays her egg on the roach and leaves it in the burrow which she will seal from the outside. The larvae hatches and feeds of its live host, eventually pupating in the roach’s abdomen. When the adult wasp emerges, the roach will die.