Star Trek introduced the human race to a world beyond imaginings, resplendent with strange 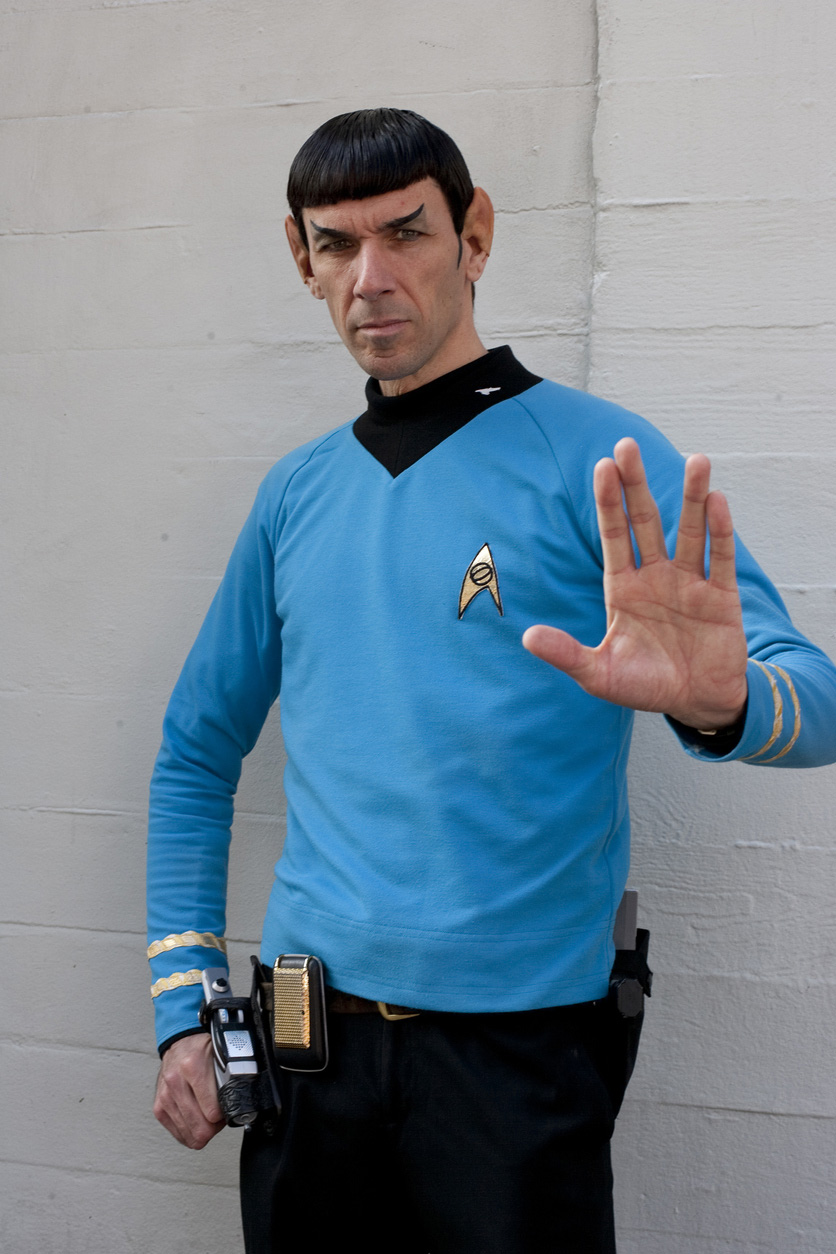 planets, otherworldly creatures and cool gadgets. Anyone who has not used their geometry set as a weapons arsenal or jumped from one couch to another to avoid the sea of lava has not had a real childhood. Don’t worry, it’s never too late; to the pillow fort!

The coolest thing about Star Trek was just how many of the cool gadgets became real technology that we use in our everyday lives.

The tractor beam
MIT’s optical tweezers aren’t exactly pulling in the USS Enterprise, but they can pick up, hold, and move around individual cells and other objects on the surface of a microchip. The tweezers use light beams to manipulate small objects. To demonstrate their tractor’s beam’s prowess, the team set it up to hold 16 tiny living E. coli cells on a microchip, spelling out the letters “MIT”.

The communicator
Do you remember those little arrow-head shaped communicators the Star Trek crew could tap to tell Scotty to beam them the hell out of Dodge? Well, now you can communicate with co-workers in the same way. Meet the Vocera, a ‘badge’ that you pin to your shirt, then just tap when you want to tell Doug in IT that your printer won’t print or Kenny in the copy room to turn down the Rick Astley. The Vocera uses your buiding’s Wi-Fi connection to connect employees and can respond to 100 voice commands as well.

The Phaser Gun
Funded by the US Navy, Ionatron is responsible for this awesome invention. Its phaser gun is a “directed energy weapons” which means it produces friggin “man-made lightning” which disables people or vehicles that dare to threaten your security. What does that mean? It’s even more kickass than you can imagine! Basically it’s a short pulse laser that can be directed at a target with pretty ferocious consequences. The phaser gun is available in both lethal and non-lethal versions.

The Hypospray
If you hate injections as much as I do, you will have envied the painless hypospray gun Chief Medical Officer Memory Alpha used. Well now we have the SonoPrep. The brainchild of Robert Langer, an MIT-graduate who has figured out a painless way to penetrate the skin. Langer found that “…a blast of low-frequency ultrasound can liquefy the mortar-like fat molecules, opening temporary gaps so that large drug molecules can pass through.” Fascinating. All patients will hear is a fizz reminiscent of pop and then presto, your vaccinated.

2 thoughts on “Star Trek Gadgets that Exist in Real Life”