Yi Peng is an annual festival of lights celebrated on a full moon of the 2nd month of the Lanna calendar. Lanterns are made from rice paper and lit with candles. Chiang Mai is the ancient capital of the Lanna kingdom and the epicenter of the Yi Peng festivities. This celebration coincides with Loi Krathong which is a floating lantern festival so the city of Chiang Mai is transformed into a gorgeous lantern-lit wonderland. 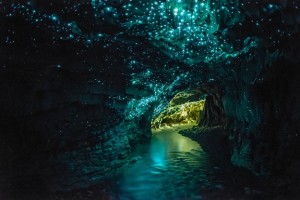 Waitomo Glowworm Caves in New Zealand is home to thousands of Arachnocampa luminosa or glow worms. When I was a kid we had glow worms too and this little poem: I’m a little glow worm and a glow worm’s never glum. ‘Cos how can you be grumpy when a light shines out your bum? 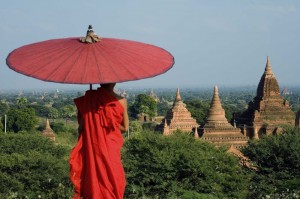 Bagan’s Plain of Temples is dotted with 2200 pagodas from the 11th and 13th centuries. The Bagan Archaeological Zone is a main draw for the country’s nascent tourism industry and one of the must-see destinations in Asia. 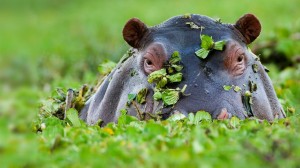 The Okavango Delta is home to some of Africa’s most break-taking scenery. Birds whirl overhead and elephants graze the banks as you are punted through the water in a dugout canoe while your guide does his best to dodge the grumpy hippos. If you come at the right time of the year, you can watch the wildebeest migrate. 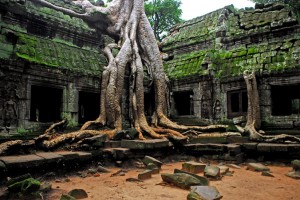 Angkor Wat in the jungles of Cambodia

Angkor Wat is a jungle Hindu temple in Cambodia and the largest religious monument in the world. The temple was built by the Khmer King Suryavarman II in the early 12th century, and is dedicated to the Hindu god Vishnu. Angkor Wat is situated in Siam Reap and sees about a million tourists each year. 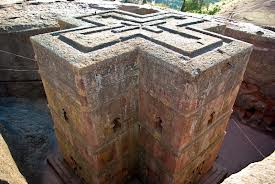 Lalibela is one of my all time favorite spots. These incredibly detailed monolithic churches are chiseled from the rock in one of Northern Ethiopia’s most holy cities. Monks stalk the many passageways in nothing but robes and bare feet while priests sit in elaborately embroidered cloaks showing tourists illustrated books bound in leather. You get the run of the place with tunnels and stone staircases linking one temple to another. You’ll be Indiana Jonesing in no time!

Need some good karma? ‘Like’ us on Facebook and get more good vibes than you can shake a sharp stick at.