Green Living: Urban Farming in the City of Toronto

Fresh City  farm at Downsview Park in Toronto is a 2-acre plot of land that is changing the way in which we grow our food. “Our mission is to bring makers and eaters together,” says Ran Goel, co-founder and general urban farming mastermind. Urban farming is an essential element to every green living lifestyle. “One of the keys to reforming the current food system is to reintroduce the intimacy between people, land and food production. City farming is one of the best vehicles to do that.”

Ran and his band of twenty two farmers have set out to start a profitable urban farm in the very heart of the city. Fresh City provides their member farmers with advice, seeds, seedlings and a market for their produce. Member farmers have plots around the city (mostly in backyards) as well as a 2 000 sq. ft. spaces at the Downsview farm. Urban farmers bring their produce up on Tuesdays and it’s packed into boxes on Wednesdays and Thursdays for distribution to homes across the city.

“What we are trying to do is make urban farming ubiquitous so that there is a commercial urban farm in every neighborhood. This means going beyond a demonstration farm; we want working, profitable urban farms on small plots that are able to produce commercial quantities. We want urban farming to become a profession, so that you will start meeting city 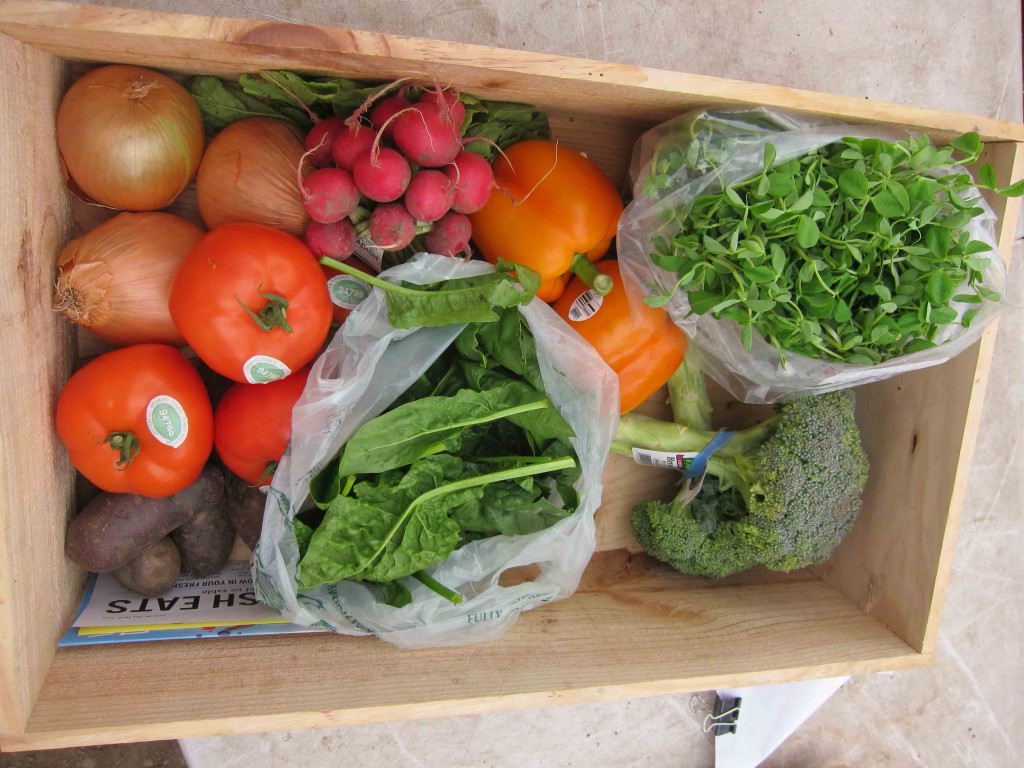 Started by intrepid innovators, Ran Goel and Phil Collins, the Fresh City project has enjoyed widespread public support. They have over 350 weekly customers; a number that continues to expand. Ran explains: “We want a scalable model that must be commercially viable. We want a model that touches not just the lives of the people we deliver to, but we hope to prove that it can be done and, when we show you can make a living from it, it will touch the lives of tens of thousands of people in cities across the world.”

Need some good karma? ‘Like’ us on Facebook and get more good vibes than you can shake a sharp stick at.