This is a guest post by Rohit Agarwal; an architect who loves traveling. His meetings with brilliant structures in the world along with the cultures and cuisines in different parts of the planet are shared in his blog Transindiatravels.com.

Coined by British biologist Norman Myers in 1988, “biodiversity hotspot” signifies a region identified by exceptional levels of flora and fauna as well as a serious loss of habitat due to human interference.

Being one of the world’s most biodiverse regions, India hosts a plethora of Eco zones. From plains, grasslands, deserts, mountains, swamplands, grasslands, highlands, forests, and islands, India is home to a spectacular array of animals and plants.

India is home the three biodiversity hotspots: the Himalayan region, Western Ghats and the Indo-Burma region.

This magnificent mountain range runs in a 2400 km arc spanning five countries: India, Nepal, Bhutan, Tibet and Pakistan. These ranges include nine of the ten highest peaks on Earth, a list that includes Mt. Kanchenjunga, Mt. Everest and K2.

Home to a rich array of flora and fauna, each part of the Himalayas is known for its particular vegetation. While the western part is well known for spruce, silver fir, junipers, blue pine, conifers deodar, and Chirpine, the eastern side is famous for its rhododendrons, alder, maples, oaks, laurels, birch and dwarf willows. The region also gives life to the dense evergreen forests and bamboo. About 10,000 different plant species are found in the Himalayas, of which 66 percent are endemic and not found elsewhere in the world.

More than 150 species of birds can be found on these mountains, many of which are endangered like the Himalayan Quail, Cheer Pheasant and Western Tragopan, all of which are endemic. There are about 160 one-horned Rhinoceros, 45 different species of mammals, 17 reptiles, 7 invertebrates and the Wild Asian Water Buffalo. 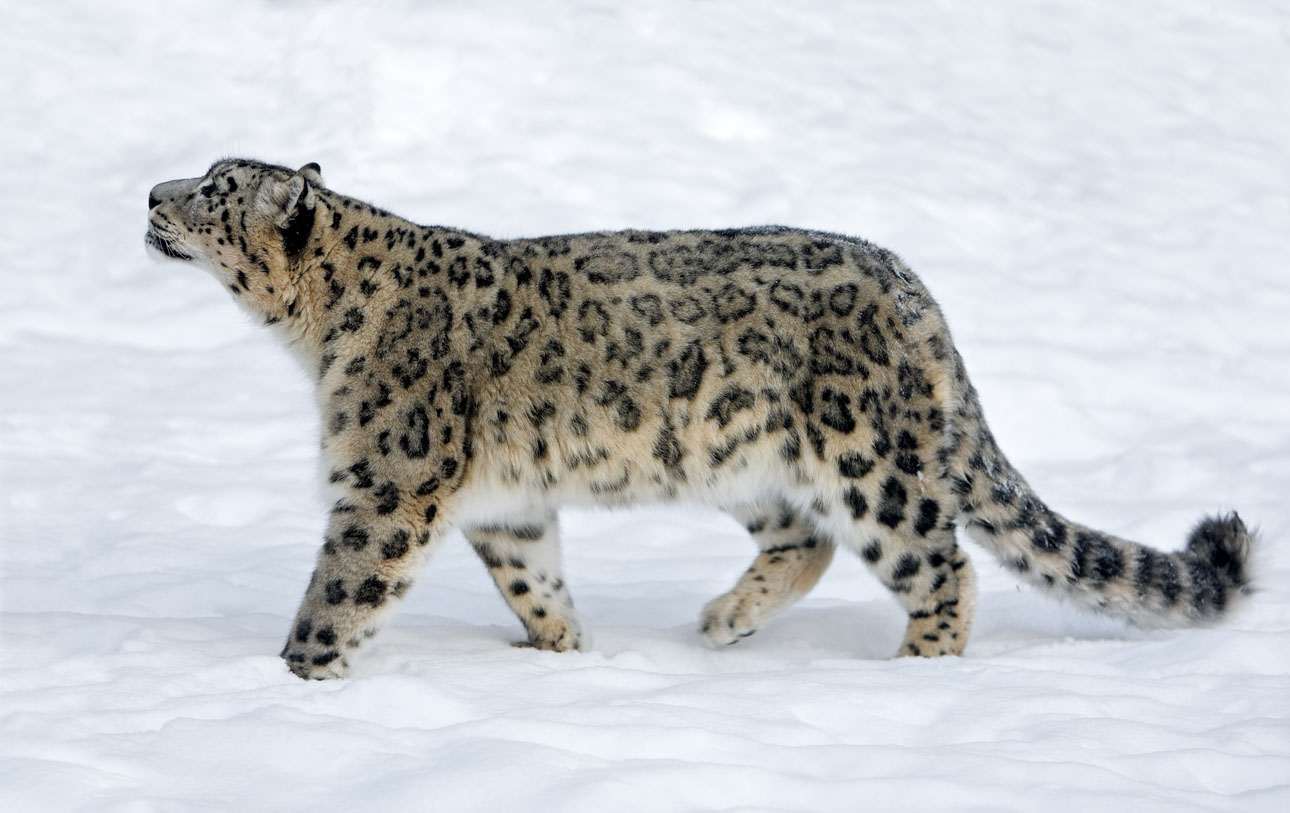 The Snow Leopard is a rare sight in the Himalayas.

Catch a breath-taking video of snow leopards from the BBCs “Plant Earth”.

Also, known as the Sahyadri mountain range, they run parallel to the west coast of peninsular India. This range begins near Gujarat and Maharashtra and runs about 1,600 km before coming to an end at India’s southern-most tip of Kanyakumari in Tamil Nadu. These mountains cover about 1,60,000 square kilometres.

These regions mostly comprise of rain forests and deciduous forests. The ghats have over 10,000 species of plant life, 1,800 of which are endemic to the region. They are also home to nearly 140 species of mammals, over 500 species of birds, about 180 amphibians and 6,000 insect species. 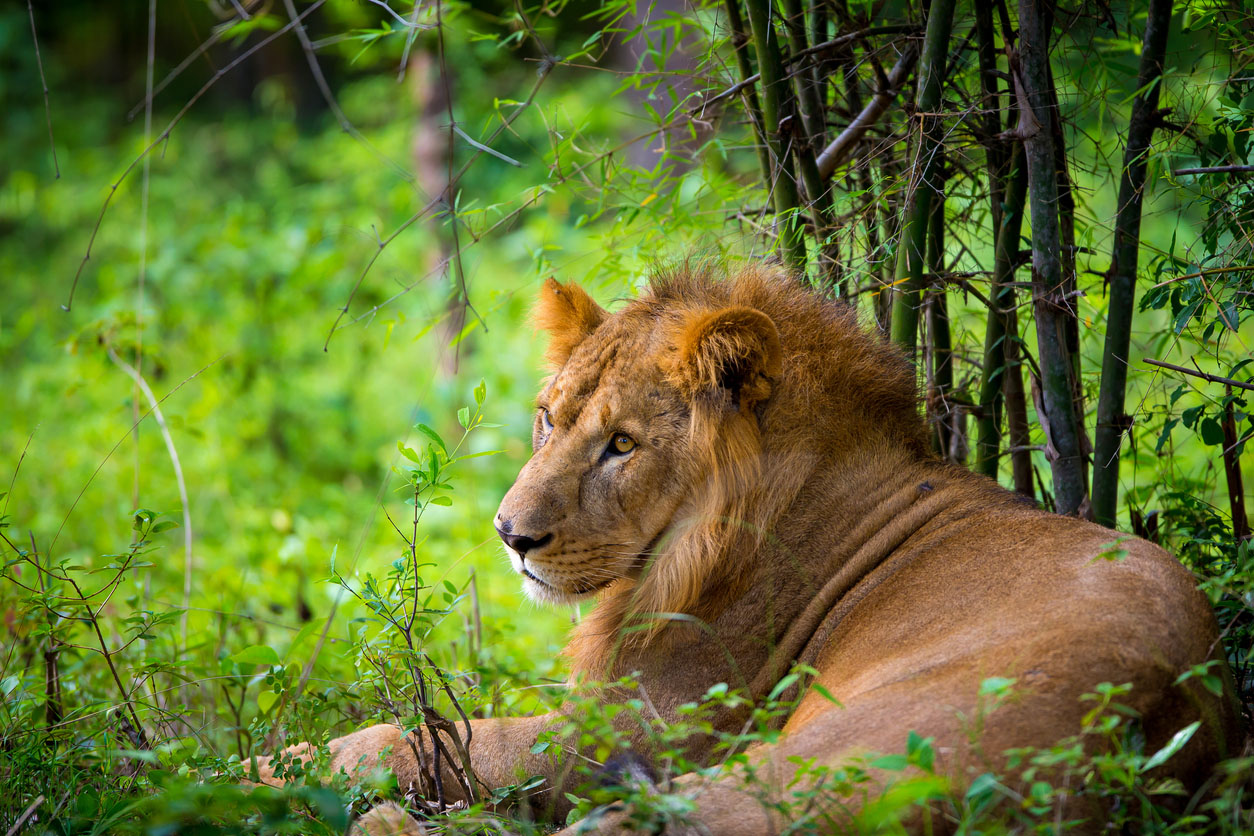 The Asiatic Lion is an endangered species.

Watch this BBC documentary on the Last Indian Lion

It begins in eastern Bangladesh and extends over north-eastern India, enveloping almost all of Myanmar, parts of Yunnan Province in China, Cambodia, Vietnam, parts of Thailand and a small part of Peninsular Malaysia. It also includes some offshore islands like the Andaman Islands in the Andaman sea and the Hainan Island in the South China sea. This wide region covers about 2,373,000 square kilometres of Asia. Due to the exploitation of resources and the loss of habitat, this is one of the most threatened biodiversity hotspots on Earth.

Consisting of diverse ecosystems, this region is made up of evergreen forests, deciduous forests, montane forests, mangroves, floodplains and swamps. About 13,500 plant species can be found here, of which 52 percent are endemic. 54 percent of the amphibians, 39 percent of all reptiles, and 16 percent of all mammals’ species are endemic to the area.

Watch a video by Earth Rangers on the Indo-Burma biodiversity hotspot here:

These areas are threatened by global warming, poaching, deforestation, overgrazing, habitat loss and mismanagement of resources. We need to take steps to ensure that more awareness is spread about these areas in order to protect them and value everything that they have to offers us.

Need a little good karma? ‘Like’ our Facebook page and get more good vibes than you can shake a sharp stick at.