Whether you’re braving the cold for a night under the stars, 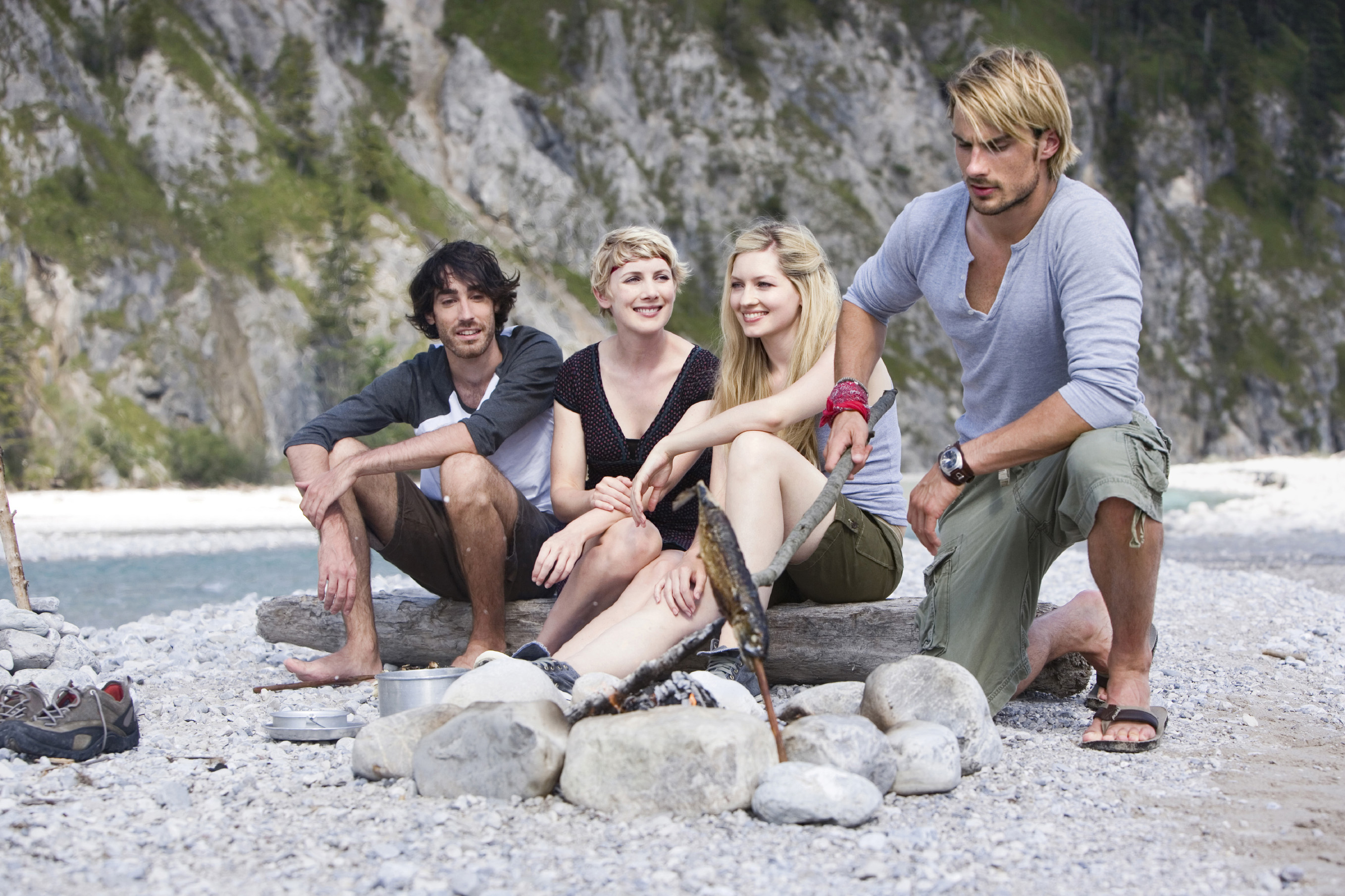 or warming yourself by the fireplace after a bike trip adventure, there’s no need to waste all that sweet, sweet heat. Cook yourself up a meal over those roaring flames and enjoy that special ‘barbecue’ taste you only get from an open fire. These campfire recipes are easy and more fun than you can, well, shake a stick at!

Bannock is an easy campfire bread recipe you’ll love! Mix together 2.5 cups flour, 2 tsp. baking powder, ½ tsp. sugar, ½ tsp. salt, 3 tbsp. oil and enough water to make a dough that doesn’t stick to your hands. Take the bark off the end of a stick with a knife. Divide the dough into six pieces and form it around the stick and then hold over the flames, turning until brown and toasty all over. Get the full tutorial here.

You can skewer just about anything on a stick and call it a kebab. Meat, chicken, onion slices, haloumi cheese, chunks of pineapple, red peppers, zucchini and mushrooms all work well. Ensure that your skewers don’t dry out by marinating them for 30 minutes before you cook them and drizzling the marinade over the top while they’re sizzling on the fire.

For the marinade: mix the juice from two lemons, 2 tablespoons honey and ¼ cup olive oil.

Dessert? Marshmallows! You’ve probably toasted a million marshmallows and I am sure you’ve plumbed the wondrously sweet depths of the s’more, but might I add another arrow to your flaming marshmallow quiver? Gently toast your marshmallow over the fire, then pop it into a cup of hot chocolate or a shot of Bailey’s cream.

Apple on a (you guessed it) Stick

Poke a stick through the center of an apple. Cook over open flames until the skin starts to wrinkle. Leave to cool for a couple of minutes, then peel the skin off, roll the apple in cinnamon and sugar and enjoy!

Place 2 tablespoons of popcorn kernels and 2 tablespoons of oil in the center of a large square of foil. Tent the sides up and squish them together at the top, making sure to leave plenty of space for popped corn. Pierce a stick through the top of your foil package and place over the fire. Bob it up and down to keep those kernels moving until they are popped. Season with salt and butter for the best popcorn you’ve ever had.

These recipes come from the Flaming Marshmallow’s Guide to Campfire Cooking which has over 50 recipes, not all on sticks! Now go forth be your bad-ass fire-roasting camping ninja self!